A few years ago, I came across a pamphlet from 1979 at pcahistory.org that included the map below of how the PCA, OPC, and RPCES were geographically distributed at the time. 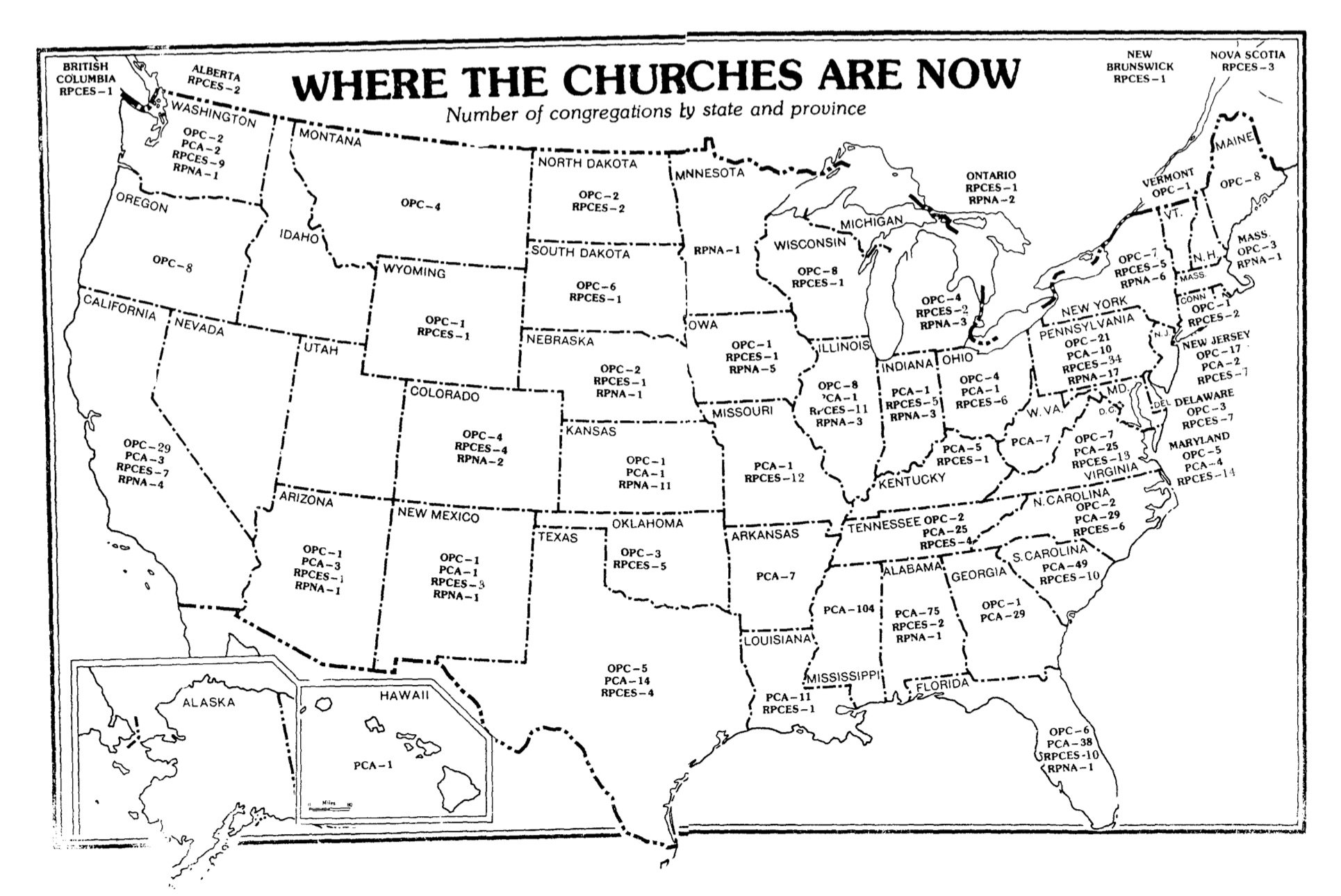 This geographically is inextricably linked to the history of these three denominations; it is interesting to consider how this distribution developed, and how it has evolved in the last 40 years.