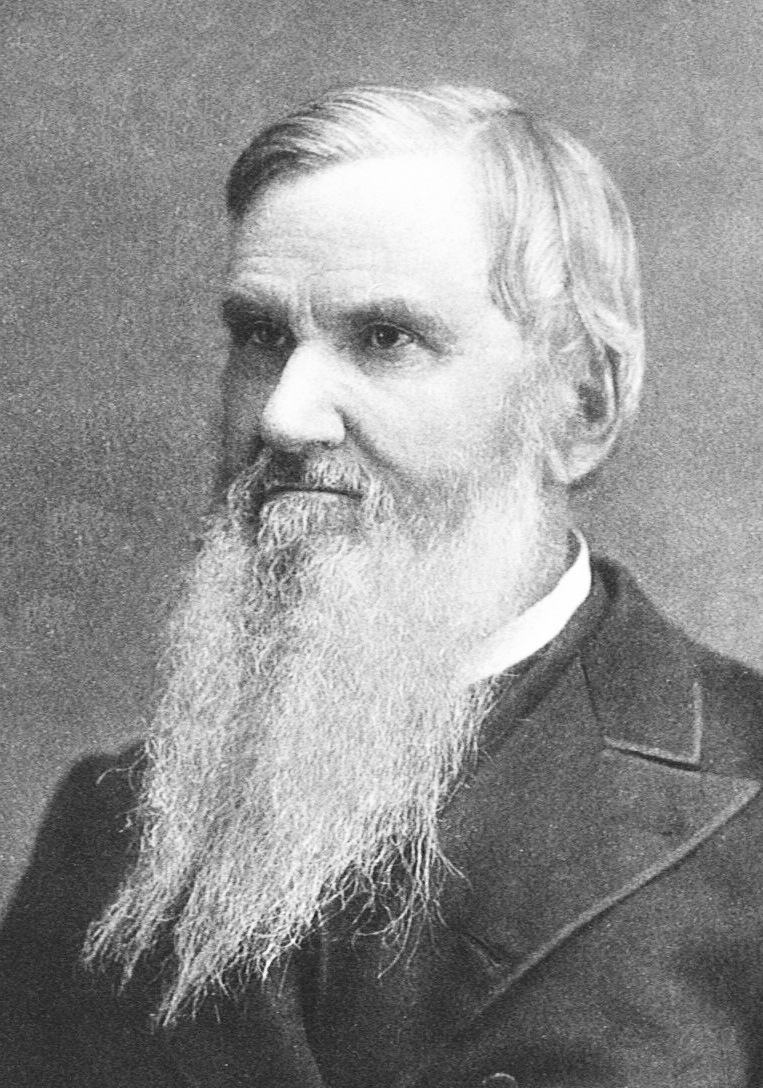 From The Life and Letters of Robert Lewis Dabney, Volume 3, Page 116

The Rev. James Morrison, of New Providence, Rockbridge county, was always hospitable, especially to ministers. He sent me an invitation to visit him on my way to the Presbytery, that was to convene in August, ’47, at Bethesda Church, seven miles off. I had been ordained in the end of July.

Accepting this invitation, I reached Bellevue (Mr. Morrison’s) the day before Presbytery. An elderly gentlemen met me at the gate, just dismissing another guest. He was, in person and manner, remarkably like Gen. Robert E. Lee. He kindly took my hand, saying, ‘This is our young brother, Dabney,’ at the same time giving me a cordial reception. There was already company at the house, on the way to Presbytery.

Now, my associates in the Seminary from Rockbridge and Augusta, had often spoken of Miss Lavinia Morrison, the second daughter, whom they truly regarded as the most charming lady in that region for piety and good sense, and as the best of daughters, but somewhat indifferent to marriage. She was then about twenty-four years of age.

When approaching Bellevue, I, like any unmarried young man, had indulged my imagination as to the appearance of this young lady I was about to meet. I said to myself, I suppose that Miss Morrison is one of your pattern young ladies, of Puritan manufacture. So I shall find her a tall, angular person, with sandy hair and blond complexion, sharp Roman nose and gold-rimmed spectacles, and very primpy manners, talking of ‘missionary heralds, theology,’ etc.

At dinner she did not appear, nor during the afternoon. Towards sunset I was sitting with Mr. Morrison, where I could see out into the front hall. A young-looking girl, I thought about eighteen, crossed the hall and tripped up the stairway, her hair and eyes brown, her cheeks rosy, very slender in figure. She was dress in a blue gingham, and wore, also, a housekeeping apron. I said, ‘This is not Miss Lavinia, but some young cousin or niece,’ not thinking that this was the pattern young lady I had heard of. Well, it was.

Mrs. Morrison was in feeble health, and such hospitable people as they were had to make much preparation for Presbytery; for, in addition to the entertainment at home, they carried a huge basket of food each day, to be eating in the grove by the church. So Miss Lavinia had been working that day in the kitchen, making cakes, pies, bread, etc., etc. Her father had told us, at dinner, to excuse his daughter, as she was helping the cook to prepare for Presbytery.

The next day I was her escort, both of us on horseback, and during the meeting I had several rides with her on horseback. Miss Lavinia had a fine horse, and she was a very fine rider, and could manage a horse perfectly. I thought she was remarkably graceful.

Mine was very nearly a case of ‘love at first sight,’ but I have never thought this unreason or rashness, as I had heard much of her character from her admirers, whom I knew to be young men of good sense and truth. So I was acquainted with her essential traits. It only remained for me to see if her person and manners would suit my notion. I soon decided this. Then began the first and last love affair of my life. We were married on the 28th of March, 1848.