My great-grandmother’s family, the Barrons, were old ARP stock in York County. One of my historical interests is understanding the world my great-grandmother grew up in a century ago in York County. I was interested to read in her father’s obituary that the local PCUS minister co-officiated his funeral with his own ARP minister. I’m still unclear on the relationship between my great grandfather Alexander Barron and the PCUS pastor Alexander Martin, but I was able to track down two biographical sketches of Rev. Martin:

Alexander Martin was born in Christiansburg, Virginia, April 23, 1871, the son of the Reverend Roger Martin and Margaret Tomlin Martin. His father was pastor of Providence during the years 1888-1892, and he was intimately associated with the church all his life; often he returned to preach on special occasions. Alex Martin, as he was familiarly known, was graduated from Davidson College in 1895 and from Columbia Theological Seminary in 1901. In that same year he married Miss Eudora Vick of Selma, North Carolina. After being licensed and ordained by Charleston Presbytery, he assumed his first pastorate at Summerville, South Carolina. He was pastor of the Westminster Church in Charlotte, North Carolina, from 1905 to 1908, and left to assume pastorate of the First Presbyterian Church in Rock Hill, South Carolina. In that city he stayed for the rest of his ministerial career. In 1913 the Oakland Avenue Presbyterian Church was organized out of the First Presbyterian Church, and Dr. Martin was called to become the pastor. In addition to his duties in this large and active church, Dr. Martin devoted much time to a number of educational and benevolent institutions in the Synod of South Carolina. In 1915 he was awarded the degree of D.D. by the Presbyterian College of South Carolina. He died in Mooresville, North Carolina, on October 24, 1931.

Alexander Martin was born in Christiansburg, Virginia, on April 23, 1871. He was the son of a Presbyterian minister, the Reverend Roger Martin, of Charlotte, North Carolina, and of Margaret Tomlin, of Richmond, Virginia. John B. Martin, his grandfather, was a portrait painter. William Martin, his great-grandfather, was a purveyor to the English army in Ireland and came to America in 1817.

Alexander Martin received his early education in the country schools of his day and at the Ebenezer Academy, York County, South Carolina. Later he attended Davidson College, where he earned two degrees: Bachelor of Arts in 1895 and Master of Arts in 1898. He was graduated from Columbia Theological Seminary in 1901. He was licensed and ordained by Charleston Presbytery at the time he assumed the pastorate in the Summerville Presbyterian Church, 1901. In 1905 he accepted the call to the Westminster Church, Charlotte, North Carolina, when he remained three years. In 1908 he was named pastor of the First Church, Rock Hill. When the Oakland Avenue Church came into being in 1913, with Doctor Martin as the organizing pastor, he was asked to become the first pastor of the new congregation. From this time until 1931 he served with distinction in this position.

He was married on November 20, 1901, to Eudora Vick, of Selma, North Carolina. He and Mrs. Martin had no children, but they educated and partially reared a number of nieces and nephews. 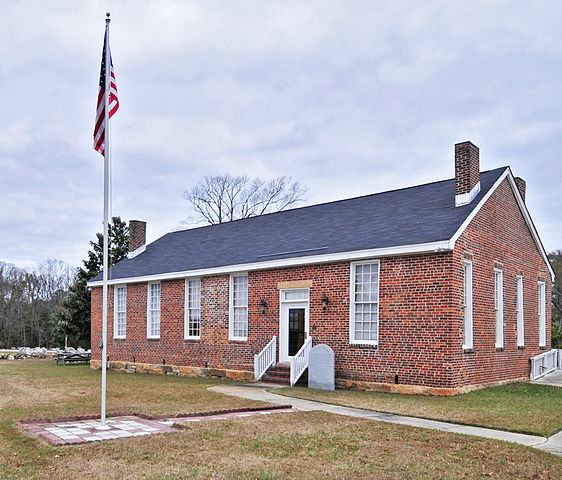