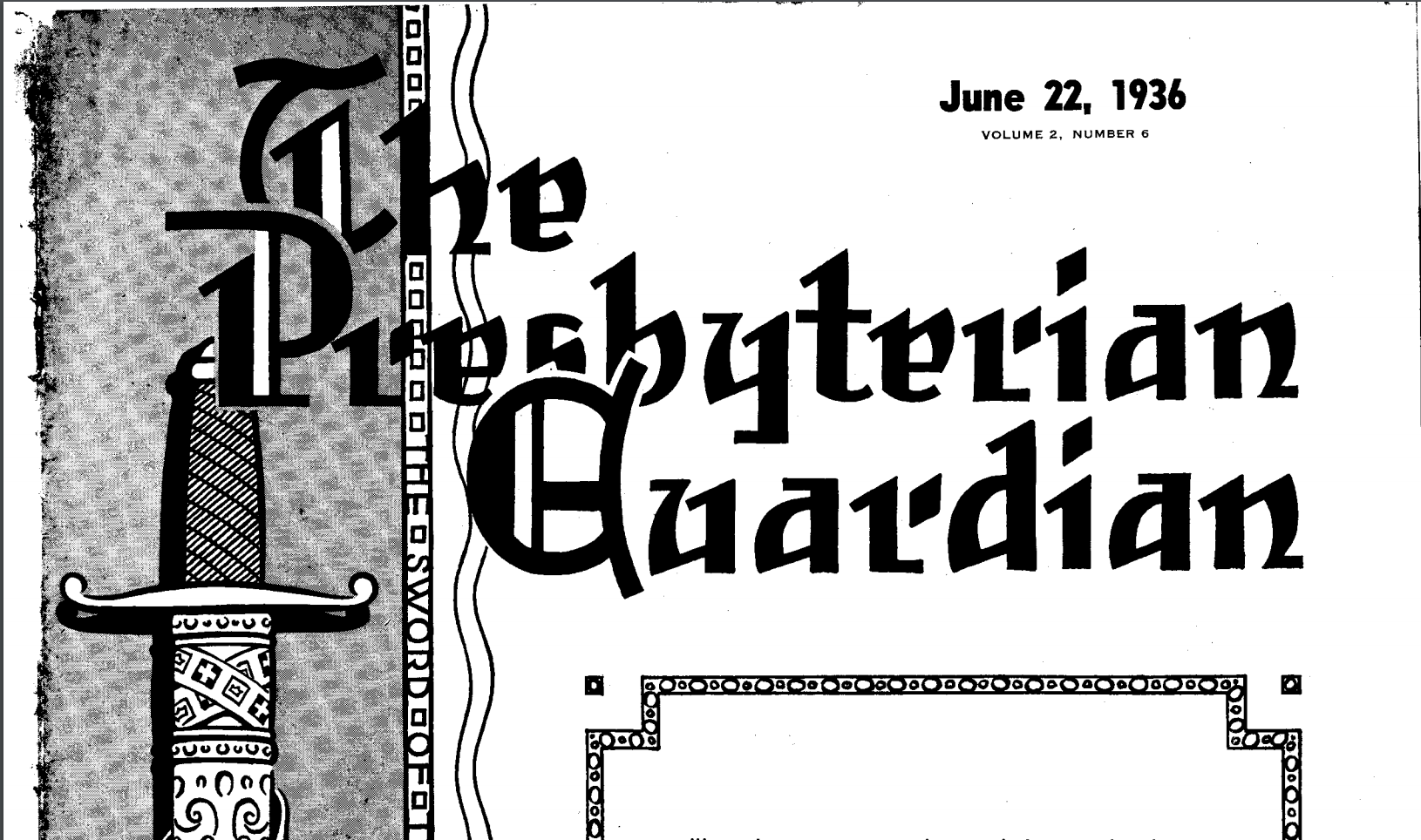 ON THURSDAY, June 11, 1936, the hopes of many long years were realized. We became members, at last, of a true Presbyterian Church; we recovered, at last, the blessing of true Christian fellowship. What a joyous moment it was! How the long years of struggle seemed to sink into nothingness compared with the peace and joy that filled our hearts!

To the world, indeed, it might seem to have been not a happy moment but a sad one. Separation from the church of one’s fathers; a desperate struggle ahead, with a tiny little group facing the hostility of the world and the still more bitter hostility of the visible church-what possible joy or comfort can be found in such things as these?

Yet to us it was a happy and a blessed moment despite all. You see, we do not look upon these matters as the world looks upon them. We ground our hopes not upon numbers or upon wealth but upon the exceeding great and precious promises of God. I f our opponents despise us as being but a tiny little group, we remember the words of Scripture:

“There is no restraint to the Lord, to save by many or by few.” If we are tempted to be discouraged because of our lack of material resources, we say, again in the words of Scripture: “Not by might, nor by power, but by my spirit, saith the Lord of hosts.”

It is indeed only a little group at the beginning, this “Presbyterian Church of America”; but I think we can hear our Saviour say to us as to the rest of His true Church throughout the world: “Fear not, little flock; for it is your Father’s good pleasure to give you the kingdom.”

About one thing, at least, our consciences are clear as we enter into the warmth and joy of this true Christian fellowship. We have not escaped into that warmth and joy without making an earnest effort to bring about a reform of the church organization in which we formerly stood.

Our solemn ordination pledge required us to be “zealous and faithful in maintaining the truths of the gospel and the purity and peace of the Church, whatever persecution or opposition” may arise unto us on that account. We have tried to fulfil that pledge. We have tried to bring about a return of the Presbyterian Church in the U.S.A. from Modernism and indifferentism to the Bible and the Church’s constitution.

I do not mean that our effort has been perfect. On the contrary, we have to confess to many terrible sins in the course of the long struggle. What a fearful sin of omission it was, for example, that an effort was not made in 1924, in every single presbytery in which any of us stood, to brine the Auburn Affirmationists to trial! But I do mean that we have not just followed the line of least resistance. We have not separated from the Presbyterian Church in the U.S.A. before it became abundantly clear that it was not God’s will that that church should be reformed.

What a long struggle it has been! My thoughts turn back, as I thank God for the peace and joy of the present hour, to the past phases of the conflict.

How sad was my heart at the first General Assembly which I attended, the General Assembly of 1920! I knew of course even before I attended that Assembly that the Church was corrupt but the extent of its corruption, as then revealed, came to me with a great shock. The Assembly discussed dollar and cents at great length, but would not allow even one minute of debate upon the Plan of Organic Union which undermined the faith of the Church at its roots. The Plan was sent down to the presbyteries without debate.

The Plan was defeated in the presbyteries and the inevitable division was postponed. Then came the Fosdick struggle, and the evangelical pronouncement by the General Assembly of 1923. Then the election of Dr. Macartney in 1924. It was the only evangelical General Assembly that we have had in all these years. There was no comprehensive program of reform, and when the miserable compromising decision of the Permanent Judicial Commission in the Fosdick case was read the evangelical majority in the Assembly disintegrated in a general rush to the sleeping-cars. Then, with Dr. Erdman’s election in 1925 the Modernist-indifferentist machine took control again and has tightened its control with every successive year thereafter. The Auburn Affirmation, the Erdman “Commission of Fifteen” of 1925-1927, giving the Auburn Affirmationists everything that they desired, the destruction of Princeton Seminary in 1926-1929, the period of false and wicked “peace”, the Laymen’s Inquiry in 1932, the forming of The Independent Board for Presbyterian Foreign Missions in 1933, the “Mandate” in 1934, the final triumph of Modernist tyranny in 1936-these have been some of the phases in the conflict.

It has been a triumph of unbelief and sin in the Presbyterian Church in the U.S.A. If we mince words about that, we are committing terrible sin ourselves. But God has made the wrath of men to praise Him, and is working out His Holy purposes. With what lively hope does our gaze turn now to the future! At last true evangelism can go forward without the shackle of compromising associations. The fields are white to the harvest. The evangelists are ready to be sent. Who will give the funds needed to send them out with their message of peace?